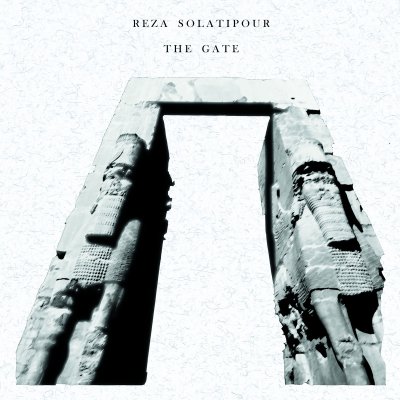 To delve into the wide and expansive world of dark ambient is to immerse yourself in a style that is bent on making you feel uncomfortable by luring you into a lucid dreamlike state where your very conscience is easily malleable. Only a few acts have been able to do it well such as Moloch Conspiracy who really know how to get right under your skin with no problems whatsoever to then deliver a deadly injection that’s as haunting as it is gripping. When I entered the brand new Reza Solatipour piece, I had no idea what I was in for.

Despite the cover for this album being incredibly bright, almost blindingly so, there isn’t one glimmer of light given to us throughout it except in the moments where it is meant as a taunt as the album weaves an incredibly gripping listen seemingly from the very darkness itself. There have been loads and loads of different acts across all of the wide world of dark ambient that have tried to bring forth the darkest of flavors to make their material embody the very core ideals of the style itself to great lengths, but there hasn’t been any other act like Reza Solatipour who has been able to bring it forth as well as what we see here with “The Gate”. This whole album could serve as one long terrifying track but it’s broken up here such that each track has something suspenseful and mildly horrifying to call its own as it is incredibly seductive in the most minimalistic way which makes it all the more entrancing. Reza has perfected the craft in this work of getting right underneath the skin and chilling your blood down to the very cells in order to make you feel as though you should run away while keeping you frozen in place so that the macabre and shapeless grandeur of “The Gate” can continue to do its work. It’s a very dark, unrelenting, and mortifying album in the most unsuspecting way, and it serves as possibly the new peak of all of dark ambient for me as I’ve never seen anything as exquisite but simple as what Reza Solatipour has brought forth here, and I can’t wait to both hear more of something of this caliber as well as something else from this artist, and, hopefully, those two will come to me hand in hand.

There have been plenty of works of dark ambient that I’ve found myself captured by with their dark, impenetrable atmospheres that seem to have no end to their mystery, but none have come as close to being as magnificently simple but unfathomably haunting as what we see here with “The Gate”. Iran is far from a place that I would’ve expected something like this to come from, but it’s Reza Solatipour that has proven to be an act that defies all sorts of expectations.

LISTEN to “The Gate” on Bandcamp here.