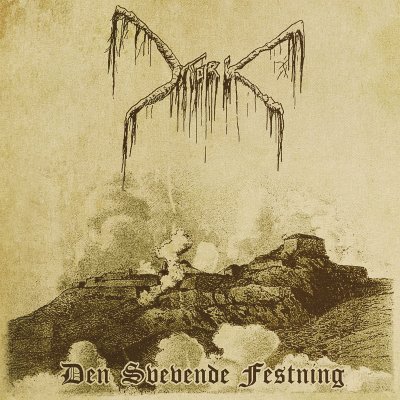 With how revered and exalted the very idea of black metal has become out of the realm of Norway, it’s almost impossible nowadays for any new act to come around and manage to live up to the high standards that many have placed on the sound given the wild success of many of the greats, making truly exceptional acts few and far between. Since their inception, Mork has clearly been an exception. After five full-length albums in less than ten years, the reputation of Mork has certifiably gone sky-high in all regards with the very rhythm of the band’s activities starting to come to fruition. Following the success of last year’s excursion, “Katedralen”, we now receive a fresh EP that’s a closer to the album’s complete, proper cycle and something of a real treat for all fans to lose themselves in.

Typically, EPs like this aren’t worth much looking into for they act as nothing more than a simple opportunity for a band to put forth leftover material to whatever end be it to simply get that material out to the listeners or money. But, in the case of Mork, everything is worth looking into. That includes “Den Svevende Festning” with its six tracks with three of them being live recordings, one previously limited to a digital single from “Katedralen”, and two completely new tracks that also came from the previous effort. Yet, it’s even in knowing that fact which the very power and talent that’s to be had in virtually every given moment of “Den Svevende Festning” that the passion, tenacity, and undeniable prowess of Mork cannot be ignored for so much as an instant. This is the kind of morsel that people are constantly craving for as we’re to wait for the next reckoning of Mork whenever it is they manage to get around to it (which looks to be sooner rather than later given their release schedule the past few years) with every special piece of material playing a specific part in the greater engagement of “Den Svevende Festning” from those fresh songs providing us with just a little more greatness from all that “Katedralen” had to spare, a new look at an already magnificent track, and a peek for those of us unable to attend live shows to know what they’ve capable of on the stage.

Bring it all together and we’re given a little bit of all that Mork is able to bring forth in all of its magnificence to make “Den Svevende Festning” a piece that could’ve very easily been made out to be not much more than a footnote in Mork’s discography, but it rises to be more than worthy of the band’s vicious and awe-inspiring reputation. The sky has always been the limit for Mork, but it’s with this floating fortress of excellence that they still may very well find themselves well above the clouds should they keep their ungodly trajectory.