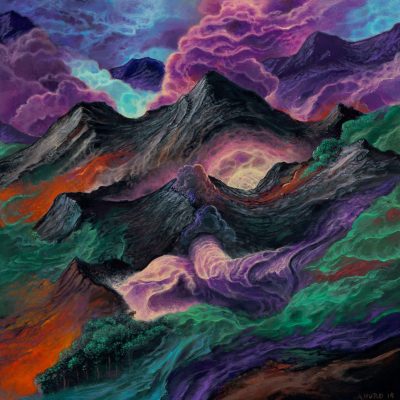 There aren’t very many instances where we can look into the depths of a black metal release and feel like you’re looking at something beautiful given the very nature of the style itself, but black metal has never once been something to keep to its own rules in every instance. Over the years, we’ve seen much more colorful black metal in slowly increasing numbers but rarely do we get something that really floors the listener with all that it brings to the table. In no small way, it’s on their debut album that Noltem nails that concept at every single turn.

In just six tracks, you can get a lot done but it’s still an immense task to pull off on your debut full-length to the point that not only do you show listeners what you’re bringing forth with your particular take, you’re showing us how you stand out from the rest of the competition. When it comes to black metal, competition is always at an extreme high with loads of bands always trying something new, but it’s with the case of Noltem and their debut, “Illusions in the Wake”, that we’ve gotten something that isn’t just special but downright staggering in so many different ways. Right from that kaleidoscope-esque cover, it should be clear that Noltem isn’t just going to deliver some icy riffs that don’t amount to much outside the band trying to channel a style that’s constantly being recreated every day of every year. Instead, it’s in every feasible moment of “Illusions in the Wake” that Noltem proceeds to really bend the mind’s conception of what black metal can be with their use of keys, tasty melodies brighter than the sun, a staggering number of layers that’s to be had in even the album’s simplest moments, and the raw musicianship that permeates every aspect of “Illusions in the Wake” to make it an evocative work the likes of which black metal never has enough of. We’ve all seen a record like this at least a couple of times in any given year, but it’s only on the extremely rare occasion that it’s executed with the concentrated, unbridled talent that it’s needed to really make an impression that cannot be forgotten. And if Noltem has done anything with their debut, it’s certainly made an impression.

Whenever we get a record like this, I refuse to stay quiet about it for it is sure to not only be a highlight of black metal for that given year, but it’s the start of a very interesting run for an extremely promising band the likes of which we do not get often whatsoever and it would be a true crime upon the concept of quality itself should a band like Noltem or an album like this go unsung for all that it is. The very essence of “Illusions in the Wake” is something that demands to be fallen into wholeheartedly without hesitation, and I cannot help but feel that this is just the start of a mysterious mist of color and mystery that black metal rarely produces in such high ecstasy and thrill.

“Illusions in the Wake” releases on October 10th via Transcending Obscurity Records!

LISTEN to advanced tracks from “Illusions in the Wake” on Bandcamp here.