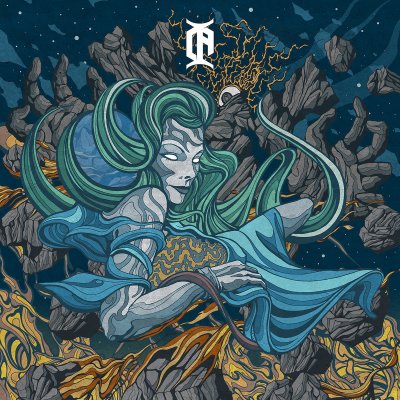 When we take into consideration all the prolific musicians that have graced our ears in recent years, there is a definitive list that crosses many of our minds when it comes to names that are downright essential in one way or another. For me, though, one of the most important musicians of all that have graced my ears has to be Ola Englund without a doubt. The mastermind behind Feared, his sound has been a big part of my listening habits for years now. Since his solo excursion of “Master of the Universe”, I was interested to see what else this Swedish master could make next.

While I was stunned to see him embark into the territory of progressive metal with his solo work, I’d be lying if I said it wasn’t a surprising and immensely pleasant change from Feared over the years despite how much I love that project, and I could only guess that whenever Englund would get around to another solo effort that it would follow the same vein of instrumental progressive metal. Much to my enjoyment, he did with even the humor and tremendous diversity that’s spread throughout the whole work being poured into every ounce of “Starzinger” that not only makes it a beyond-worthy successor to a tremendous record but one that feels as though it is endlessly entertaining. There are very few works that I’ve come across throughout the world of progressive metal that not only pull off the route of instrumentalist like what we’ve got here but keeping everything cohesive and down-to-Earth that makes it so easy to get into with the listener not having to break through a wall of otherworldly musicianship that’s as intrinsic as it is colorful by all regards. Everything about “Starzinger” is brought together about as naturally as it was carefully with every possible piece of the work falling into place almost perfectly with the conductor at hand to guide this ship to nothing less than absolute glory.

While we may fawn over certain musicians, they can have a slip as easily as any of us with them being as human as we are and Englund is undeniably the same, but it’s with his sophomore solo work that he has yet to show us just what would happen should he slip. The very power that goes into “Starzinger” is something to behold by all accounts, and it’s with nothing but excellence to be had that it more than achieves everything it was made to.

LISTEN to “Starzinger” on Bandcamp here.