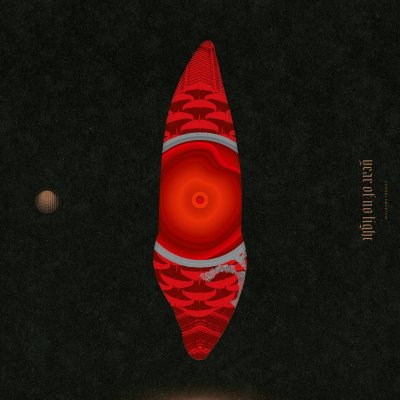 There’s something special about the worlds of doom, sludge, and psychedelia that when brought together in proper fashion make for some of the most staggering works that metal gets at any given time. From YOB to Neurosis to Inter Arma, we’ve seen it done tons of times with many others throughout the vast underground providing proof of concept over and over again to deliver to us truly unique performances. It’s with Year of No Light though, that we see a truly exemplary act take it to new heights, and it’s with their latest that they’ve brought forth something that’s the very definition of exceptional.

The use of atmospheres and drawn-out compositions come in handy very much in the crafting of works like this with some of the best of the best taking them to extremes that cannot be understated nor ignored when it comes to their level of innovation that makes for true wonders. Of all the names that take such an idea to a tremendous extent that cannot be denied in any form, Year of No Light absolutely has to be one that deserves a mention no matter what angle you’re looking at it from for all that they’ve accomplished without uttering even a single word. The absolute entirety of “Consolamentum” is the very definition of a patient man’s game with all but one of these five tracks stretching over ten minutes each, enabling the album to take on a life of its own such that the ending result of these five tracks make it a true work of sonic art the likes of which we don’t get often whatsoever with every offering of the album being the sort of apex instrumentalism that we could always use more of in ours lives. It’s the sort of glory that we only get every so often with this particular blend of doom with very few bands being able to deliver it in the quality that we see here for the sheer entirety of all that “Consolamentum” brings forth, but Year of No Light has never once been a band to do things by the rules and it’s throughout that they’ve created a reputation for themselves that cannot be viewed as anything other than unbelievably captivating.

It hasn’t been since the likes of Clouds Taste Satanic that I’ve come across doom of this caliber that manages to stay so hypnotic right from the very beginning, but it’s even then with such a comparison that it’s imperative to note that Year of No Light is in a league all their own with their particular style being their’s and only their’s. It’s such that “Consolamentum is a must-know experience the likes of which that is something that has to be heard by any purveyor of the underground that’s worth their own salt with the whole of the work surely going to be making the rounds at the end of the year when we look back on the truly great works that the year has given us.

LISTEN to “Consolamentum” on Bandcamp here.