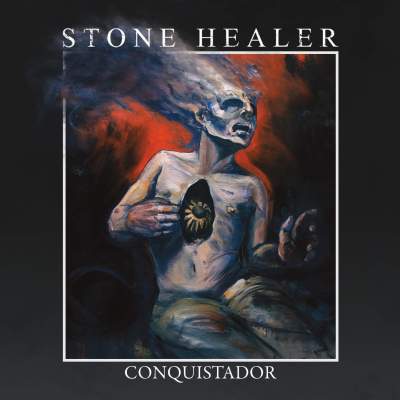 When it comes to blending together the many different styles that the world of metal calls its own, there aren’t very many bands that can bring several of them together for a cohesive effort that doesn’t feel like it’s ready to fall apart should even one thing become slightly out of balance. When it comes to Stone Healer, the act’s last album definitely left a good impression with it constantly being something that I find myself return to every so often, and a new effort has long been something at the back of my mind. Fortunately, that wait has finally come to an end and it’s with this new effort that Stone Healer has definitely taken that next step in its craftsmanship.

Just me tagging this album as purely “progressive metal” is already misleading, but I’d be lying if I knew how to categorize this album, but I honestly don’t think that what Stone Healer has created here is deserving of being put into any single style when everything that goes into “Conquistador” enables the record to truly be genre-defying. There’s nothing about what is accomplished throughout this record that can firmly place Stone Healer’s performance into any single style with the record effortlessly bounding between rock and metal and the different sounds therein to provide us with a truly eclectic listen that is no less than rewarding for those who really immerse themselves in this seven tracks which is a journey that should absolutely leave its mark on the listener. No minute of “Conquistador” sounds like any other as Stone Healer immediately shows to us that this is a name that has no less than absolute mastery of the sound that it wishes to achieve with very little getting in its way with immense satisfaction being all but guaranteed for anyone who falls into this creation, and it wouldn’t be far-fetched to say that this record is one of the most well-rounded and ambitious listens of its ilk that I’ve heard for quite some time. I truly cannot think of an album in recent months that’s quite like what “Conquistador” brings to the table here in its seven tracks of utter glory with its very existence being proof that Stone Healer’s trajectory throughout the underground is only destined to get higher given how supreme this record is right from the very beginning, and anyone who finds themselves unable to become enamored with what’s done here will find themselves resisting a certifiably wondrous performance.

We are in an age where records of this concept where the line between metal and rock is constantly blurred but works like what we have here are certainly few and far between. Stone Healer has made a true achievement of an album here as “Conquistador” sets out to grab the attention of the listener as we are peering into the very soul of Stone Healer throughout every second of the album, and it is by the end that we will have been exposed to a beautifully layered experience that is no less than immensely gratifying for anyone who takes the plunge.

LISTEN to an advanced track from “Conquistador” on Bandcamp here.