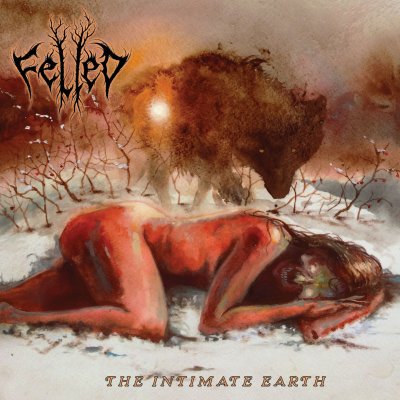 If you ask me, one of the last areas of black metal that really needs a proper surge in material and bands putting forth great efforts in is where the style crosses over with folk metal. Such a combination has been a thing since the early days of black metal itself, but it’s still even unto today that we don’t see it done enough justice with there seemingly only being a handful of bands every year that are able to deliver worthwhile material that implements what both styles can bring forth to full effect. When I first headed into the upcoming effort from Felled, I was hoping for the best, and for the first time in a while that has delivered to me an album that is so much of what I’m constantly looking for from the pairing of black and folk metal.

Upon first glance, Felled doesn’t appear to be doing much with there being minimal, if anything, in the way of innovation for the style at large, but it’s in every feasible way that Felled more delivers on virtually every front with this performance to make it something that is not only gorgeous to behold but an absolute delight to listen to over and over again. A proper folk/black album is something that can inject a truly fantastical sensation into every song throughout any given work with the black metal being everything we need to have a sense of intensity and brutality in the world being crafted for our ears, and to say that “The Intimate Earth” doesn’t deliver on that very promise would be to spit on all the greatness that’s at work in these five spectacular tracks. Felled manages to draw from some of the true greats of the style in the past with threads from the likes of Agalloch, early Ulver, and even Saor while still carving out their own path in the sound to create an effort that’s as colorful as it is straight-forward in its intensity. The overwhelming whole of “The Intimate Earth” manages to not only grab a hold of the imagination but the soul as well as Felled masterfully blends in gorgeous string instruments that blend far too well with the constantly shifting black metal that gives us an atmospheric vibe that never once gets too overbearing with the details being all but clear for the entire album, and it’s in every tremendously potent moment of the record that one cannot help but become fully immersed in the beautifully vicious world of white and red that Felled has presented us with here.

Works like this do not come around often, and I cannot stress enough how well “The Intimate Earth” manages to fill that void that has been left in our listening habits for some time now as the release is constantly firing on all cylinders to put forth a performance that cannot be easily dismissed. Felled has truly defied the odds with this massive release that shows both what they’re capable of as well as only giving us one example of how they bring forth their tantalizing sound, and I could go for so much more in the future.

LISTEN to an advanced track from “The Intimate Earth” on Bandcamp here.