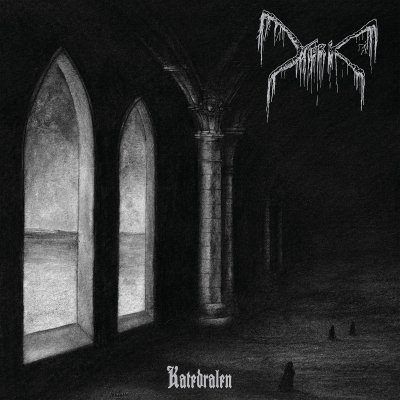 Do we even need to have the conversation anymore about just how magnificent Mork has become in such a short amount of time? As one of the frontrunners of the latest wave of black metal bands, particularly out of Norway, Mork has been a constant standout act that has yet to disappoint in any capacity. Their old school flair mixed with modern ingenuity and a devastating amount of riffage, Mork’s domination over the entire world of black metal has been no less than staggering. Surely, the band couldn’t get any better, right?!

Just the very idea of a new Mork record is enough to send a massive part of the black metal world into a frenzy, and if you don’t understand why that’s the case I demand you stop right now and go investigate for yourself. Fuck this review, go listen to Mork. For those of us who have already heard these modern masters, the reason is all but obvious. Their sound has only gotten more and more honed over the years from an already deadly onslaught of riffs and old school fire, so just even uttering the phrase that their fifth effort, “Katedralen”, is the best yet from the band is to say something truly grand. But, everything about this record from the lead-up to the preceding efforts to the very reputation of Mork has made the ultimate treat that is “Katedralen” all the sweeter! Right out of the gate, it becomes obvious that Mork has tapped into something special for the creation of this record the likes of which is everything needed to craft a modern classic that cannot be ignored in any capacity. The very concept of the record draws back to the earlier days of the band with the very imagery of the effort playing to the strengths that Mork brings in the aural form with such an image being the perfect compliment: “a vast desolate cold and dead land and a gigantic cathedral where lost souls are kept for all eternity”. There aren’t very many concepts that can be more black metal than that, and it’s only fitting that Mork would be the ones to execute such a vision with one wildly delicious track after another to make for an album that’s not only the potential high mark in Mork’s already grand discography so far, but very well up for the chance to be one of the most gripping works of the style that we’ve heard in years maybe even decades. A bold statement – but it is Mork we’re talking about it, and it’s hard to overstate just exactly the mastery that we’re dealing with it.

I could sit here all night and fawn over the very subject of Mork itself, and it’s with “Katedralen” that I’ve fallen in love with one of the most gripping works of Norwegian black metal that I’ve heard since the very first time that I had even heard Mork years ago. But, at some point, my words become meaningless and I’m left to just sit here and convince you to listen to “Katedralen” over and over such that by the end you’ve become enamored with this effort very much like I have, and if you don’t we’re very much going to have a problem.

LISTEN to “Katedralen” on Bandcamp here.