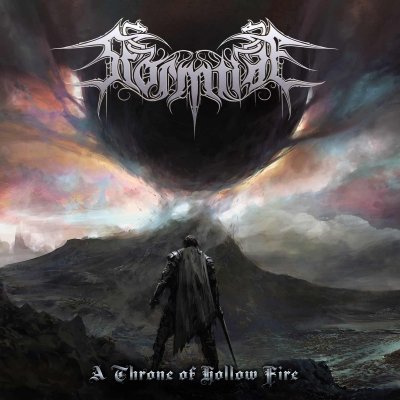 With all the many different sounds there are in the world, I really do believe that there aren’t nearly enough instances of death and folk metal coming together to deliver us a vicious experience the likes of which truly cannot be found elsewhere in all of music. Bands like Whispered show us what such a combination can be capable of to an extreme degree, but it’s still then that the number of death/folk bands is upsettingly small. With that being said, it’s bands like Stormtide that give me hope of the sound becoming more widespread sooner rather than later.

If you were to have asked me the next death/folk album that I was looking forward to, I’d be lying to you if I said Stormtide. Their debut album a few years ago was definitely interesting listen, but I wouldn’t have dared to think that they would be capable of creating an album that is not only one of the most compelling works that folk metal has thrown my way alongside acts like Isenmor but absolutely one of the most compelling since the last record from the aforementioned Whispered. All that comes forth within the confines of “A Throne of Hollow Fire” is precisely what I’ve been needing more of, and I’ll be shocked to see this record go unheralded in many folk metal circles for this is the exact kind of material that the scene is needing much more of much like myself. From the gripping instrumentation to the pitch-perfect vocals that are immaculate for whatever occasion they command alongside the absolutely deadly concoction of styles that Stormtide is constantly wielding with devastating effect, there isn’t a single inch of “A Throne of Hollow Fire” that is to be ignored. There’s not only a refined sort of power that fittingly goes into this sound, but it’s a downright infectious power by all accounts as one listen isn’t nearly enough to satisfy for a work like this.

Stormtide truly knew what they were doing when they set out to craft a record that not only surpasses what they put forth on their debut, but to show us what they’re truly capable of. This is a work that demands to be heard and built upon more of not just for Stormtide itself but all of death/folk for everything needed to bring the style to life is done gloriously throughout the whole of this record, and I’d be very interested to see if anyone would deny the victory that is “A Throne of Hollow Fire”.

LISTEN to “A Throne of Hollow Fire” on Bandcamp here.