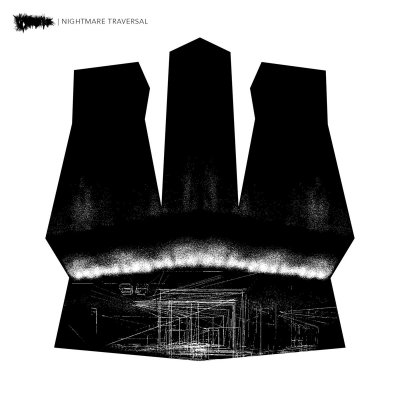 In the ever-expanding world of death metal, it’s becoming more and more interesting to find a band that actually manages to stand out for one reason or another. When I discovered Cryptae last year, I knew that I had found something special, but there was no way for me to see into the band’s future without being incredibly hopeful. I was thinking it’d be at least another year before we’d see more from this Dutch act, but it’s with seven massive light-consuming tracks that they’ve returned with such power that’s no less than earth-shatteringly monolithic!

What will always fascinate me about works like this is just how amazingly visceral and guttural everything is despite the work in question being incredibly experimental to its very core. That’s something that so many have and will always strive to create, but it’s very rare that we get a result as massive as what we’ve gotten with Cryptae. They already meant business before today, but it’s with “Nightmare Traversal” that Cryptae has elevated themselves to an entirely different level that shows us what they’re truly made of while still testing their credentials as an experimental act which, of course, they fucking smashed. There isn’t a single iota of what makes up “Nightmare Traversal” that isn’t as dense as the very center of a black hole with all of the death metal surrounding it being some of the most visceral that I’ve ever heard that actually works without a single flaw in sight, and that persists for everything that this album has to offer as Cryptae does nothing less than utterly dominate for its entire runtime. It’s absolutely a variety of unrelenting heaviness that absolutely has to be heard in order to be believed, and it’s once you come out on the other side of what’s offered here that you’ll come to realize three things: (1) Cryptae is a breed of excellence the likes of which we rarely see, (2) they’re sense of experimentation is as expansive as it is bloodthirsty, and (3) anyone who is unaware of what they’re getting into will find themselves disintegrated in seconds while us survivors will thrive in this fresh hell of self-devouring blackness. This is the product of a festering underground that’s always seeking to best itself in any form wherever possible no matter the cost, and it has undoubtedly come to a head with the likes of Cryptae as we’ve been delivered a creation that words can only touch on with experience being the only true way to understand what’s at play here, and it’s even then that it becomes clear very quickly that Cryptae hasn’t shown us all of their cards despite the genius that is rife in all of the cross-void work that is “Nightmare Traversal”!

There will always be noteworthy acts when it comes to bands that manage to take the idea of extremity to new heights in a style that is constantly topping itself and has been for decades, but there is something especially menacingly interesting about what Cryptae has accomplished here. All of the terror that was put into every note of “Nightmare Traversal” are horrors that I would happily subject myself to time and again just to witness the soul-draining madness with which Cryptae controls with absolute control at every single turn, and with this being just the beginning of the growing catalog of Cryptae I am both ecstatic and mortified with aniticipation to see what comes next.