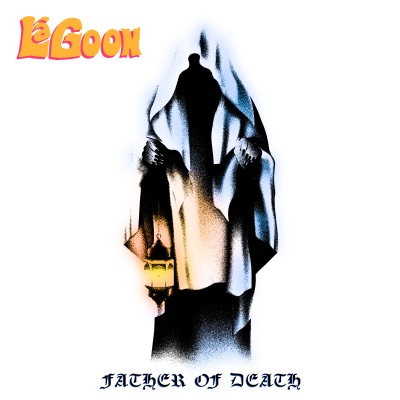 “Well that was fucking fast” is something that I usually reserve for when bands release material in quick succession like how Esoctrilihum continues to have some crazy full-length at least once a year for years now, but it’s extremely rare that we see it done in the scale of a handful of months rather than a year. I wasn’t suspecting to see more from LáGoon for at least two years but given the circumstances that have spread across the world in recent months, this band saw no other option than to lay forth five more tracks. Even after such a short amount of time, this offering shows us a step in LáGoon’s evolution however small.

With this serving as the first release that LáGoon has done as a newly made trio as opposed to the duo setup that we saw just months ago, “Father of Death” is a quick offering that does a lot while not having more than five tracks. The sound has remained relatively unchanged stylistically when compared to its predecessor, but “Father of Death” feels grimier while also much smoother in every regard to further drill into our brains that LáGoon’s sound is just as dynamic as it is shifting with the vocals being a great example with their surreal pitch and tone throughout each track. There’s a slight atmosphere that the vocals bring forth that give the record another layer of intrigue that reels you in just a little more as LáGoon’s special blend of rock and grunge-tinged metal gel together magnificently to create a fun texture that never disappoints when you give yourself to it. “Father of Death” knows exactly how to burrow its way into your consciousness with its clever riffage and flavorful sound that binds effortlessly with the melodic element that’s always present to make the five tracks something that anyone can really sink their teeth into, and LáGoon knows how to capitalize on it at every turn.

Like I said, I really wasn’t expecting to see something from LáGoon so soon, and now I already can’t wait to hear more just from how delectable this offering was as well. There may not be as much as one might want with “Father of Death” but that doesn’t mean that quality has been skimped here in the slightest, and I’m very excited to see how this trio will be able to follow it up. Maybe we just have to give it another three months?

LISTEN to “Father of Death” on Bandcamp here.