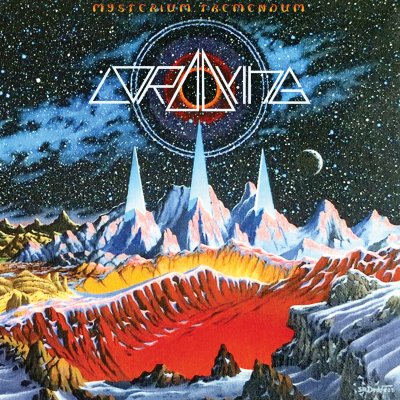 As you might imagine, hearing a band for the first time will impact how you expect that band to perform in the future. When I first listened to Lord Dying’s “Poisoned Altars” when it was released years ago, I was gripped by the monolithic and devastating brand of sludge that they brought to the table with tremendous force. Knowing they were getting ready to dish out new material this year became a highlight that I was immediately excited for because there’s nothing wrong with some properly conducted sludge. But, what we got what completely different than what I was expecting in every way as this record is leagues beyond anything I thought Lord Dying was capable of.

I figured that whatever new material they would dish out with be heavy, menacing, and maybe even catchier than its predecessor. I was expecting a sound that I have become very familiar with in the last few years, but even just the image of that bewildering cover art told me that Lord Dying was going for something completely different with this record. That’s an approach that I very much respect as a band that wants to try new things is one that gets my attention, and to say that Lord Dying pulled off the transition like absolute masters would be a crime upon the cosmic beauty that “Mysterium Tremendum” embodies in every single note it carries with immense purpose. Instead of sludge metal, we’re greeted with a far more progressive approach that still has the signature heaviness that I’ve associated Lord Dying with but it’s enhanced greatly by far more potent songwriting, an unbelievably organic sound that’s impossible to not sink your teeth into, diversity amongst the tracks that easily make this the most colorful record both visually and sonically that Lord Dying has done to date, and a quality that I didn’t know Lord Dying would be able to achieve if I’m completely honest. Every aspect of “Mysterium Tremendum” brings together so many different elements that Lord Dying have touched on before while simultaneously greatly expanding the horizon with tracks like “Nearing the End of the Curling Worm” and “Even the Darkness Went Away” are just two highlights of the record that I can’t help but feel partial to, and that’s not even mentioning the penultimate epic of “Split From Within / Devoid of Dreams / Death, the Final Loneliness” that perfectly encapsulates the spirit of “Mysterium Tremendum” in all its glory.

There’s no other way to put it: Lord Dying has created somewhat of a masterpiece with this album and I never thought I was going to say that when I first got excited about this release. Every possible thing that Lord Dying could’ve done right they accomplished with masterful precision, every note is beauty mixed with an infectious intensity, and every song is a new piece of the ever-expanding cosmos. “Mysterium Tremendum” is a record that I never knew I needed, and now I can’t get enough of this record that Lord Dying should be very proud of.