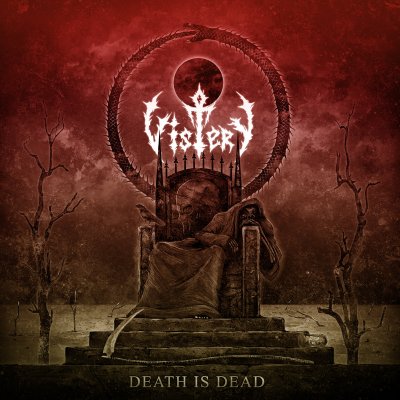 Novelty is something that just about everyone can relate to with any form of music as hearing something new and fresh is an endlessly entertaining force the likes of which there simply isn’t any true end to. Yet, sometimes you don’t have to be novel in order to stand out as simply being good at what you’re putting on the table can be the difference between me really enjoying your material or dismissing it as simply another album to pass over. It’s with the latest offering from Vistery that we see a great example of the former.

Creating death metal is something that any band that’s even mildly proficient can pull off given the seemingly infinite bodies of work they could choose from, copy it, and then call it their own with little to no tweaking before throwing it all together calling it an album. But in the right hands, it instantly becomes something much more volatile, intense, and increasingly potent. It’s with their vicious third album that Vistery has done just that as their worship of the old school of death metal has manifested itself yet again as it has for throngs of other acts as this act from Belarus delivers us an album that’s got plenty of, if not just about everything, a death metal fan could ask of. Everything about “Death Is Dead” from that fucking title to the classic vibes that are strung tight around this record as Vistery delivers one visceral riff after another, vocals that are simply top for a band that I’ve never heard of, and a constant energy whose excellent consistency is only topped by the album’s constant quality with not a single piece of what “Death Is Dead” offers is anything to sleep on. I’ve come across plenty of acts that employ the focus track technique with some songs feeling like they were worked on far more than others, but that’s far from the case with Vistery as each track feels painstakingly craft to deliver an immensely well-rounded and intense experience the likes of which we’ve all seen loads of times before, but it’s because of albums like this we keep crawling back for more.

Accomplishing the feat of making classic sounding death metal and then proceeding to make it sounds fucking excellent is the sort of thing that many people find easy enough to do, but it’s only through sheer diligence and a great sense of the style can you achieve it, and it’s through just those means that Vistery has managed to conquer spectacularly with “Death Is Dead”.

LISTEN to “Death Is Dead” on Bandcamp here or via YouTube below.