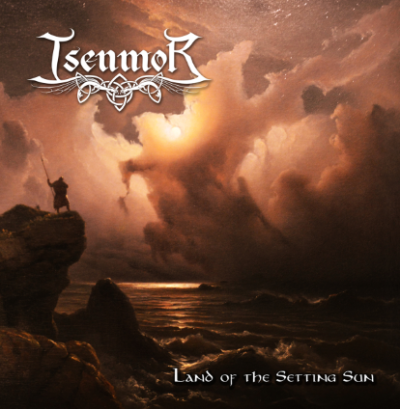 The cover alone is what gave me confidence that this as a folk metal album was definitely going to be something special, and thankfully it was. Isenmor’s debut album “Land of the Setting Sun” is such that every folk metal fan everywhere should find several things to like out of this 5-track album. These songs chant along to tales of glorious battle, the drink of the gods (that would be mead), sorrow, and marvelous adventure across the seas. You know, ancient people stuff. All the songs off of “Land of the Setting Sun” are absolutely beautiful and the melodies that are in them are hypnotic to say in the least and is a sound that folk metal fans like myself can never get enough of. Then the sound of the dual-violins are so well suited for these tracks that it sounded perfect when coupled with the savage guitar riffs and badass sound of the bass. “Land of the Setting Sun” is an excellent showcase of folk metal with influences from the greats of the genre (Ensiferum, Heidevolk, Eluveitie, Týr) included in the album, but you know . . . different. The album drops June 21st and it will have those who know what Isenmor are bringing to flock to wherever they can get their hands on “Land of the Setting Sun”.

LISTEN to the opening track “Death is a Fine Companion” via YouTube below.

2 thoughts on “Isenmor – Land of the Setting Sun”