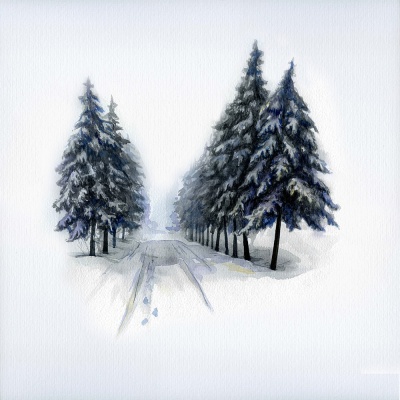 For those of us who can’t read Russian, “Muistumia” simply means “reminiscences”. And as you’ve probably guessed by now, since the album name is in Russian then the album will be sung in Russian, and you’d be correct. (Hi, it’s future me 3 days after this was published. Turns out the album is sung in Finnish and not Russian. Who knew? Some guy on Facebook and the band apparently, not me. Whatever though! Continue reading). But you know what? I didn’t care because this was a great fucking album that the fact you can’t understand what is being said can be completely skipped over because the sound of the vocals alone and the fluidity of the lyrics along with the guitars and drums is so amazing that any and all black metal fans out there should instantly fall in love with this album. What made this album truly unique to me was the length of the songs with the longest capping at just under 11 minutes and the use of a piano which, if used correctly, can be one of the greatest fucking things ever in metal. A great example of this would be the piano that comes in at the end of the song “Pins & Needles” from We Rise the Tides from their latest album “Death Walk”. They used the piano to its fullest potential to the point where it felt practically orgasmic to the ears, and the same happened in “Muistumia” in the 10+ song “Äidin Laulu” which has the same exact effect that “Pins & Needles” did for me. And the entire album is like this – sounds great to the ears, awesomeness in every song. You get the point. Go listen to this album. It’s definitely a great one for me to come across near the end of the year because it shows there’s plenty great shit out there that’s still to be heard.